Notes from the margins 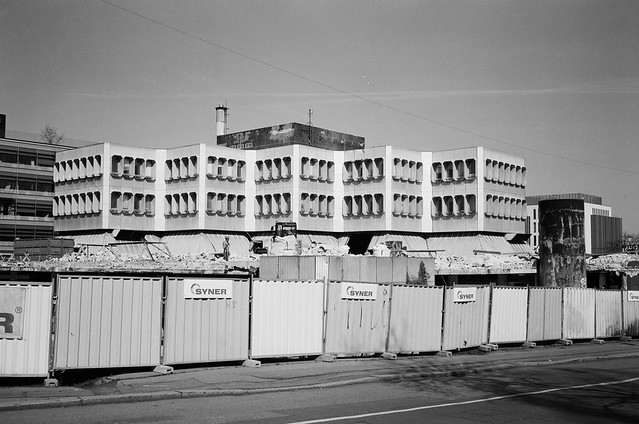 Automat Svět is intended the [web]-zine equivalent of a much-needed pub-cum-cafe-cum-community centre running out of a modified cargo container in the kind of area that has either been long neglected or subjected to brutal gentrifying forces. If you know such places, you may find many of them to be run by people who know better what is needed than how to go about it. Often, there is a whole group of people chipping in, perhaps without always having a solid grasp of why they would do such a thing. That said, of course they do know. All of them. They are doing this because otherwise they would be doing that. Time was they could go to any number of places and find people with whom they could find if not common cause (it rarely seemed necessary to put such things into words?) but something that made them feel alive. Positive things happened without anyone appearing to plan or strive for them. People did things for each other. Problems were resolved before they ever fully emerged. People had reason to assume good will. Now every damn pub in the town, or city, or the only pub in the village, is owned by the self-same chain fucking up anything people have lived for for generations, exploiting it, and stamping it out. The town centre has died. But completely. People trust strangers more than their neighbours. They trust their putative leaders (stranger strangers who show up once every few years or when there is a belated apology to be insincerely made with a series of disclaimers about some other lot of putative leaders waiting in the wings) not at all. This while disgruntled journalists show up to hound the disgruntled. When did you last trust that somebody you might meet on a street, or in a shop, or in a cafe round where you live could be as interesting as the people you might hope to meet on holiday, when you are uprooted from your environment?

In the days I used to read The Ecologist in Prague Central Library in the early years of this bastard child of a century, there was a piece that made me think. It was a questionnaire of sorts to discover how rooted you were. You can imagine the questions, or perhaps you can't. They were things like how many of your neighbours you know to talk to, how many native trees can you name from your area, if you can say where your food comes from. There is life in the earth, or at least there always used to be. The closer you get to it, the more rooted you can be. This doesn't mean you should not live in a city. Most of us, however, are living in a world more Bladerunner than the Jetsons; and then there are the others, unseen and unheard, who live like something out of Dickens or Zola. Over the last few decades man-children and the worst of the generation whose time has long come and gone, have collaborated in moving fast and breaking things: all things, all at once. Everywhere. Now a natural forest fire can clear the way for new life, but a forest fire that burns out of control in ways nature never before did brook, is something which will likely never be repaired. Things we cannot afford to have broken are right now breaking before our very eyes. We must not turn away. We must build. Ground up. And we must find and create coherent communities to do this work. Communities which, knowing themselves and their own journeys and struggles, as well as their own failings, respect and understand those of others.

Believe it or don't, that is what this is all about.

Both the software and the copy for this web application is currently being written. To see where I am at with it, please take a look at the blog Plastic Paddy of the Universe. For the curious and/or technically minded, there is a tiny subset of the todo list here. This may reflect current priorities. Essentially, much of this is about getting a series of scripts written in the Python programming language into order, adjusting them to the latest version of the underlying database, and then editing and importing a number of posts from previous test versions of the application. It is also about writing content. If you think you can help with this, submissions are open. 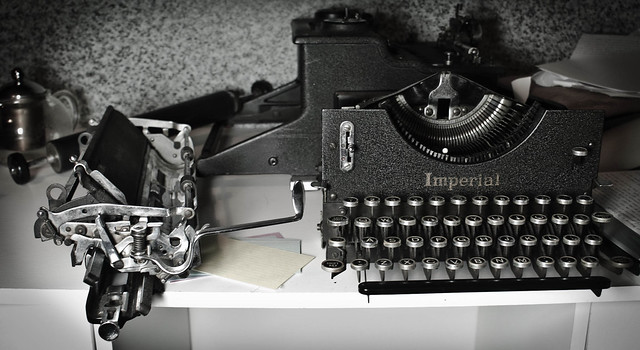 If, as Thomas Mann had it "a writer is someone for whom writing is more difficult than it is for other people", I have been a writer all of my life, using writing as therapy, exploration, a means of working out my thoughts and emotions, and my relationship to the world around me. Since, in the language we are used to using these last few years (rarely the language that makes most sense), I have ADHD and asperger's syndrome, come from a region, the Black Country in Great Britain, which was experiencing a decline several orders of magnitude greater than that of the state it is situated in, am of a generation, generation X, that was taking the brunt of societal and economic change, and have lived abroad in the Czech Republic just as neoliberalism was coming to town, I have until recently had little in the way of time, stability, and energy for writing. I have on the other hand got something to say. About where we are. About where we have been. About the kind of changes we might want to make. About what I love. About what I have nothing but contempt for. About truth. About lies. About what endures. About what is fleeting and ought to be considered inconsequential. About human freedom and how to preserve it. Connected to all of this is an analysis of where we ought to investing our attention and resources, and about where we ought to avoid doing so, since, as the Muhammad Ali had it, "what you're thinking is what you're becoming" and there are some very powerful people and interests investing in what they want you to be thinking and there are too many people unaware of these forces or indifferent to their power to undermine their judgement and will power or, differently, unable to do anything about it. It is high time for restatement of the idea of the power of the powerless. In recent years, I have been aiming to work towards at least defining of the terms of that critical paradox. 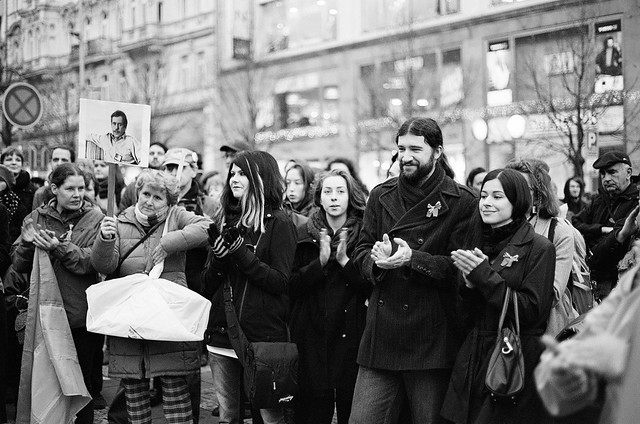 A duty of hope?

I am conflicted about this phrase. For the most part, I think it is bullshit. Too often, and not only in the Czech context where I often have to reach for the sick bags when people talk politics, I feel that it is one of a repertoire of platitudes used to close down the discussion of the unpleasant and dangerous direction we are heading in as a society; all we have to do is smile winningly on occasion in our own limited social circle and light a candle twice a year and some Václav Havel or Barack Obama type will come along and make the world nice for us. If instead we are to interpret this slogan as meaning that I make some variation of a resolution to believe that people can be found who will support me in doing some of the things that need to be done, however hopeless it looks and however many people laugh at or otherwise try to frustrate my efforts - however much the world is set up to do anything but build for a better future - then I'm all for it. The chance of any genuinely community-minded project getting anywhere in today's world is slim enough without us sabotaging ourselves with doubt, however rational it may be. Depending upon your preference, this could be understood as a kind of secular Pascal's wager, though I'm increasingly phrasing it in Taoist terms. That's my side of the bargain. Yours may be to hope that I succeed, not anticipate my failure or indeed desire it (as most do) out of that too-common vice of schadenfreude or, more insidiously, in order to cling to your notion of how the world works. To do so, throw this into a tickler file of some sort and come back to take a look over the next weeks and months. 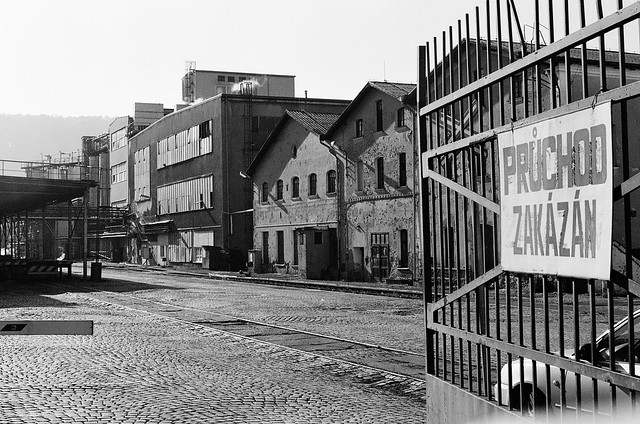 Open the door. For what it is worth, this is one of my mantras. I think it is worth something. Your mileage may vary but where else right now are you being led? Think about the places you are being discouraged from exploring. Time was (when and where Miroslav Holub was writing for one) when you were simply banned and barricaded from going there. Now, you are more likely to be led somewhere else and may spend your days wandering in circles in one decommunalised, corporatised space, before descending into a metro or boarding a plane and arriving at another. That may earn you endless hours of constant stimulation and diversion but is unlikely to grant you either contentment, understanding, or peace of mind. Step off the tour bus and take a look around you. Not all those who wander are lost. Those who blindly follow cannot be expected to find themselves. Those who do not know themselves cannot meaningfully connect with anybody else.